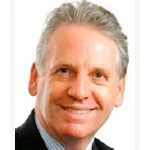 Brendan served in the Royal Navy, the Civil Service and private sector before joining Lucas Aerospace in 1987 as Personnel Director. He held senior management appointments in Lucas Aerospace and Lucas Automotive, and following its takeover by TRW as MD Electric Steering Division. He was Chief Executive Officer of Cosworth Racing Ltd within Ford’s` Premier Automotive Group (2001-04). The company provided Formula 1 engines to Jaguar, Jordan and Minardi , and motorsport engines to World Rally Car and US Racing series.

Brendan holds several non-executive appointments in the private, public and charitable sectors. He is Chairman of CENEX plc, and Midland Air Ambulance Charity, also a member of the WM Police Strategic Policing and Crime Board. He is an independent member of the Armed Forces Pay Review Board reporting to the Prime Minister. He has been a member of WM Police Authority, Advantage West Midlands(RDA) and Deputy Chairman of RAF Museum. He is a magistrate serving on the Birmingham Bench.