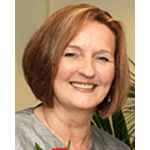 She held the position of President of the Greater Birmingham Chamber of Commerce and sat on the council of the CBI West Midlands for over ten years.

In 2013 she became the High Sheriff of the West Midlands and currently chairs the nomination panel for future High Sheriffs in the region.  She has chaired a wide range of business and educational organisations at local, regional and national level.

Christine currently supports a number of charitable organisations and acts as adviser to local authorities and schools having previously been an adviser to the Home Office Select Committee.