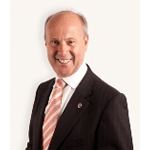 David has more than 40 years senior experience in the development and implementation of communications programmes starting his career on West Midlands newspapers before entering PR, communications and reputation management. He established his own company in 1986. He continues to advise and support some of the Midlands’ leading organisations and is particularly known for his hands-on issues and crisis management support. He is a Fellow of and former national Treasurer of the Chartered Institute of Public Relations.

David is an enthusiast for the region and his printed guidebook to the city-region has sold more than 25,000 copies., he has served as a trustee of Birmingham Settlement, chair of business lobby group Birmingham Forward, chair of Birmingham Business Breakfast Club and of The Birmingham Civic Society.  He is also a Past President of Birmingham & Edgbaston Debating Society. He has also served as a director of Marketing Birmingham, as an elected member of the Council of Greater Birmingham Chamber of Commerce and as chairman and non-executive director (pro-bono) of Miss Macaroon CIC – the social enterprise company supporting marginalised young people. He recently retired as a Warden (non-executive director) of The Birmingham Assay Office.  He is a fellow of The Lunar Society.