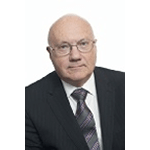 Peter is a former Vice Chancellor of Birmingham City University (until 2007).

He has served on several National Committees determining policy in higher education including the Polytechnics and Colleges Funding Council and the Teacher Training Agency.

He has been involved for many years in the work of Housing Associations including the Chairmanship of the Prime Focus Housing Group. He is currently a member of Wolverhampton Homes.

From 2007 to 2017 he was a Local Government Boundary Commissioner for England, and from 2004 to 2010 he was a member of the Armed Forces Pay Review Body. In 2012 he was appointed by the Prime Minister as Chair of the Prison Service Pay Review Body.