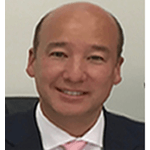 Frederik was born in Hong Kong and grew up in London. He spent the first 12 years of his career working in corporate finance roles before taking over as Chief Executive, and latterly Chairman, of the Firmin Group in Birmingham. Since 2006, he has been Executive Deputy Chairman of NMS International Group, where his work in social infrastructure projects takes him to many countries across Africa.

He is a champion of British industry and served on the National Council of the CBI, Board and Council of the Birmingham Chamber of Commerce, Chaired the Clothing and Infrastructure Group of the ADS Group and, as grantee of three Royal Warrants, was a Grantee Member of the Royal Warrant Holders Association.

He has actively supported charitable organisations including The Birmingham Foundation, NSPCC, Duke of Edinburgh’s Award, Caring for Courage and A Child Unheard. He successfully led a five-year campaign for the introduction of speed restrictions on local rural roads.