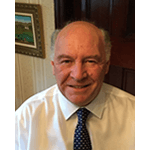 John is a chartered engineer and holds a masters degree in production engineering. After an engineering apprenticeship at BSA motorcycles in Birmingham he moved into engineering management, becoming CEO of Morphy Richards domestic appliances in Doncaster. Thereafter he held a number of divisional positions within the Delta group and became CEO of Wagon Industrial Holdings plc in 1986.

After 10 years as CEO at Wagon he moved into chairing a number of private equity backed engineering groups. He held directorships in three listed PLCs and was Chairman of Birmingham Airport for 20 years.

He was awarded the OBE in 2003 and has an honorary doctorate from Birmingham City University.