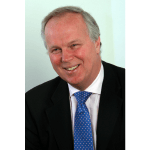 Lead for Queen's Award for Voluntary Service, and Lead of Dudley Group

He is Chairman of ART Business Loans, a Community Development Finance Institution lending to businesses across the West Midlands who are unable to access traditional bank finance.

Nick is best known for his voluntary work with the Third Sector, for a period exceeding 25 years. He is Chairman of Thrive and,  focusing on young people, education and employability, he has worked with dozens of charities (primarily in fundraising) including The Prince’s Trust, St Basils, The Access Project, Ahead Partnership and City Year UK.   Previously Nick was a Governor of Bromsgrove School and Deputy Chairman of Birmingham Civic Society.

Nick is an Honorary Life Member of Social Enterprise West Midlands and a Board Member of the School for Social Entrepreneurs.

In 2017, Nick received an Honorary DSc from Aston University in recognition of his work for young people and education.