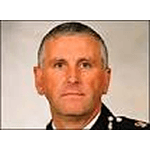 Sir Paul was awarded the Queens Police Medal in 1997 and received his Knighthood in the Queen’s Birthday Honours List 2007.

He sat as the Police Advisor supporting Lord Justice Leveson in the Inquiry into the culture, practice and ethics of the press.

He is a Trustee of the UK Police Memorial Charity and supports a number of Birmingham charitable organisations.