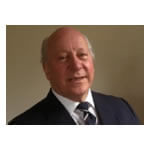 Sir Robert Richard Taylor was born in Birmingham (June 14 1932) and educated at Yardley Grammar School. As an 18-year-old he joined the RAF as a cadet pilot, completing his flying training in 1952. He was awarded a Queen’s Commendation for Valuable Services in the Air. He retired in June 1973 before starting his career at Birmingham Airport a year later. In the early 1980s he was involved in a motor accident which left him in a wheelchair for the rest of his life; but he never allowed this to inhibit his heavy work schedule or his enthusiasm for life. After serving as a Deputy Lieutenant of the West Midlands he was appointed in 1993 to be Lord-Lieutenant, a post he held until 2006, when ill health forced him to retire early. He was appointed OBE in 1989, KStJ in 1994 and KCVO in 2006. Sir Robert died on June 7 2008.