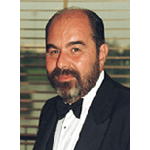 Chairman of Stephen Goldstein Group based in Solihull, which has included French hotels and golf courses, self-storage company in Kings Heath and property investment portfolio.

Stephen is credited with creating the revival of St Paul’s Square and advises private equity investors with regards to property assets, and he is active in encouraging investment into the UK.

Chairman of Trustees of Lord Mayor of Birmingham’s Charity.